When a couple gets divorced, there is typically a divorce decree which allows the noncustodial parent the ability to claim a child or children as dependents for tax purposes. 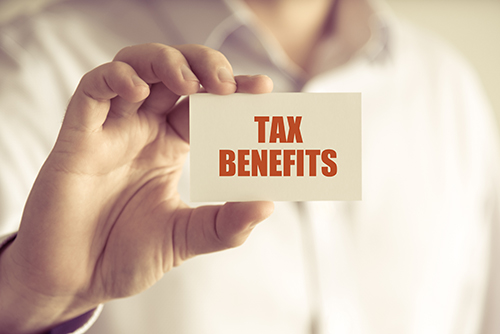 When a couple gets divorced, there is typically a divorce decree which allows the noncustodial parent the ability to claim a child or children as dependents for tax purposes. Commonly, these agreements provide each parent the ability to claim the child every-other year. Prior to the Tax Cuts and Jobs Act (TCJA), claiming dependents meant getting to utilize the personal exemption, which provided a tax deduction for each person claimed on the tax return. However, since the exemption no longer exists, here are a few different benefits that come into play when claiming a dependent.

Children below the age of 19 (or 19-24 if full time student) or who are permanently and totally disabled can be claimed on the parent’s tax return. The child tax credit after TCJA is up to $2,000 per child, which may be limited based on different factors. This is the credit the noncustodial parent would be able take on their tax return when the child is claimed. Since only one parent can claim the child each year, only one parent can get the credit.

However, there are other tax benefits that do not transfer to the non-custodial parent. Normally, in order to file with “head of household” status, a person needs to be claiming a dependent for that tax year. However, there is some relief for the custodial parent in years when the dependent(s) is claimed by the noncustodial parent. As long as you’re not married on the last day of the year and you paid more than half of the cost to maintain the home for your child, then you can still file as head of household. This designation will provide more advantageous tax brackets and a larger standard deduction, if applicable.

Another non-transferable benefit for the custodial parent is the dependent care credit. This is available when the child is under 13 years old (or incapacitated) and the parent incurs care expenses in order to work or look for work. Depending on income level and other factors, this credit can be can be between 20% to 35% of the expenses paid, subject to limits.

Although the dependency exemption no longer exists under the new tax law, there are still many tax benefits associated with claiming and supporting your child. In the event of a divorce, it is good to know which benefits may be transferred and which ones stay with the primary caretaker.

If you want more information on child dependency claims or need help with tax preparation, contact our tax professionals at The Innovative CPA Group at 203-489-0612.  Or contact us online.